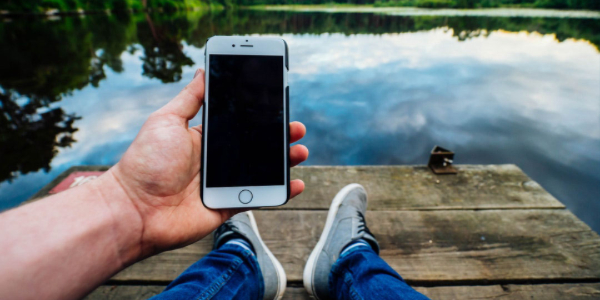 Bathrooms are not only the most likely place to suffer an injury in the home, but they are also dangerous environments for cell phones. Compared to women, men are 57% more likely to drop a cell phone into a toilet. At the same time, 40% of women say that they have damaged a cell phone while using it in a bathroom. Many cell phones have humidity sensors that try to shut down a phone before major damage occurs in the presence of a splash of water or a few raindrops. However, submerging a phone can cause damage throughout the phone. Here are five reasons to consider seeking professional repair services when your phone has water damage:

Rice Does Not Always Work

While there is plenty of anecdotal evidence that putting a wet phone into rice (or silica gel) resurrects the phone, there are many reasons why it may not work and may actually cause more damage. Rice may not work because the damage may already be done. That is, if the moisture sensor failed to shut the phone down quickly enough, the motherboard, display, battery, or other internal parts of the phone may have short-circuited long before the phone hits the rice. Moreover, rice may not work because it may not absorb enough moisture or absorb moisture from inside the cracks and crevices inside the phone to sufficiently dry the device. Most importantly, rice may actually cause more damage (or more accurately, waiting while the phone dries in rice may actually cause more damage) because the moisture inside the phone will cause corrosion until it dries out. Leaving a phone in rice for 48 hours is like leaving an iron nail in a bucket of water for 48 hours – it will corrode and rust until it is completely dry. Rather than giving corrosion a 48-hour head start, seeking out a cell phone repair shop immediately after determining that your phone has water damage may be the best option for rescuing the phone from both the water damage and the corrosion it can cause.

Cleaning and Drying the Inside of the Phone

When a phone has water damage, the water must be removed as quickly as possible. Most people have experienced going swimming and still having water droplets sloshing in their ears several days later. A cell phone is the same. Water drops can sit in all the nooks and crannies between electrical parts, inside connectors, and along solder joints. Air drying, or drying in a medium like rice or silica gel, often cannot reach these water droplets. However, cleaning the inside of a phone with alcohol or alcohol solution can displace the water without waiting for it to air dry naturally. This will stop the corrosion and provide a fighting chance to revive a water damaged phone.

Powering a Wet Phone Can Fry It

Self Repair Can Void Warranty and Insurance